ARMAD is an annual NON - POLITICAL Amateur Radio Public Service project that stands for Amateur Radio Military Appreciation Day.  We work with National Military Appreciation Month during the Month of May.  We also provide other events, and work with other groups as requested during the year.  We ask Amateur Radio Operators from around the world to team up during this effort to allow the people from our communities to gather at public locations such as shopping centers, parks, VA hospitals, and sporting events to express verbal positive support "LIVE" over two way radio for members of the Military, Veterans, Reserves, National Guard, Retired, Coalition Forces, First Responders, and Military Support Groups.  Many of us have friends, relatives, and neighbors that are active duty, and past members of the armed forces.  ARMAD gives us the chance to support one another, and to express our thanks and appreciation to those that sacrifice and serve in the Armed Forces.

PLEASE SPREAD THE WORD ABOUT ARMAD, our Troops deserve our support!

PLEASE SIGN OUR GUEST BOOK.  Leave a message for the Troops.   Thank You!

HUNKS ON THE RIGHT CALENDAR

A Worldwide event to express thanks to those that serve.

NOTICE:  ARMAD May 28, 2011 information for sites near you can be found at http://www.armad.net/eventinfo.htm.  Get your Amateur Radio Club, or Military Support Group involved.  Tell us about your plans at armad07@yahoo.com. 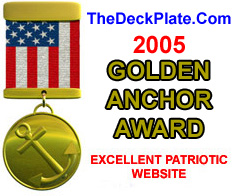 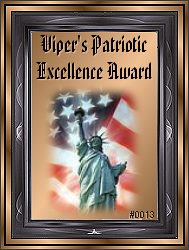 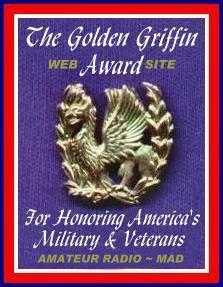 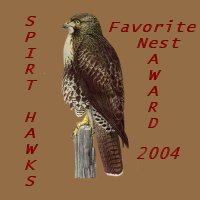 A POSITIVE MESSAGE OVER THE RADIO: 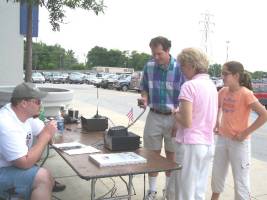 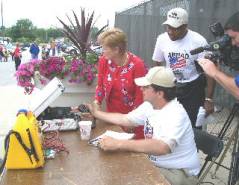 TO HONOR THOSE WHO SERVE, AND SUPPORT THE MILITARY

ARMAD helps teach our youth about the sacrifices present and past generations have made to keep us free, and America strong.  It is important that we remind future generations of what price veterans paid for our Country.

Amateur Radio is a great hobby, and a strong tool to use for public service.  Using Amateur Radio helps to develop communication skills, knowledge of geography, and allows one to meet new friends worldwide.  It allows us to provide emergency communication in times of disasters.

LETS HAM IT UP FOR THE TROOPS!

Ham It Up For The Troops ! 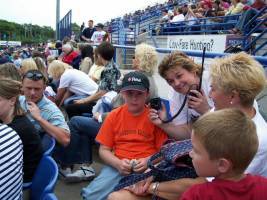 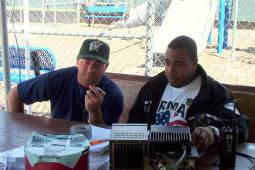 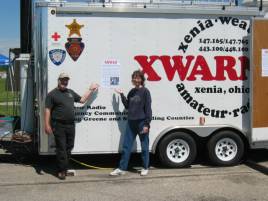 Speaking with The Deputy Secretary of the Veterans Administration 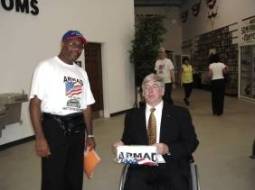 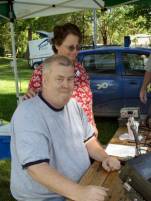 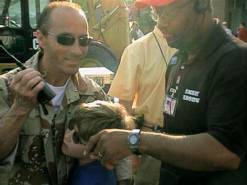 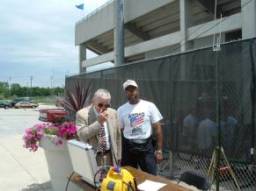 WHAT WE HAVE DONE

The ARMAD group has been involved in the Rally For America, in Fort Wayne, In.  An event with over 25,000 in attendance.  Other events include:  The Glenn Beck National Rally For America - Huntington, WV.:  The Traveling Viet Nam Wall:  The WWII Army Ranger Reunion, Amateur Radio Military Appreciation Day 2004, over 6,500 in attendance, Amateur Radio Christian Fellowship Day, The Golden Corral Military Appreciation Day, Rally For America II, ARMAD - 2005, over 6100 attending, National Support Our Troops Day - 2005, Tribute To The Troops Concert with CI Gospel Productions; Patriotic Sunday at The Chapel in Ft. Wayne; The American Legion Riders - 2007, and many other events as requested.

Each of these events included Amateur Radio Clubs from around the world contacting each other to allow the public to express support, and to exchange positive messages to each other LIVE.

Thank you OPERATION TRIBUTE TO FREEDOM, AND AMERICA SUPPORTS YOU for allowing Amateur Operators to work with your organizations to provide this service for our communities, and the Military.

Please Join with us as we continue to grow, and show our support to those that keep us free.

GOD BLESS AMERICA, THOSE THAT HAVE SERVED,  AND THOSE THAT SERVE NOW !